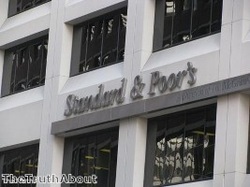 4th March 2014  - Investors and businesses can expect offshore tax rules to tighten as governments ratchet up efforts to increase revenues. That was the suggestion from Standard and Poor’s (S&P) as it downgraded the Isle of Man’s credit rating.

The ratings agency lowered its long-term foreign and local currency sovereign credit ratings on the Isle of Man to AA from AA+. For S&P, countries and states where there is a big reliance on the financial centre could be at risk because of the pressure from regional powers to clamp down on offshore tax systems.

“The downgrade reflects our expectation that the contribution of the financial sector to economic growth and exports will gradually decline, due to competitive pressures and tighter regulations that will affect global offshore financial hubs,” S&P said in a statement. S&P also said it has subsequently withdrawn its grade at the request of the island's government.

Although it believes the Manx government has “actively met the demands of changing international regulation”, potential shifts in the regulatory environment may hamper growth prospects.

The warning about the Isle of Man is a reflection of the mounting pressure on offshore tax regimes. Under the auspices of the G20, national governments in Europe and North America are pressing companies and individuals ever more with tougher regulation.

In the US, the Obama administration has suggested that it will introduce tougher tax rules for American corporations using hybrid structures to reduce their liabilities in the US when it announces the Federal budget plans for the fiscal year 2015 later today (March 4th).

A series of tax information sharing agreements have also been signed between the UK and a number of offshore hubs in the Channel Islands and the Caribbean.

Meanwhile, the OECD recently rolled out a new global framework for enhancing the exchange and sharing of financial information between national governments.