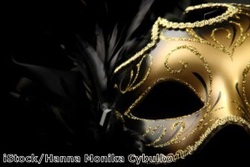 The ultimate owners of companies and trusts will be listed in public registers in European Union countries, under anti-money laundering proposals backed by MEPs in Brussels. Draft amendments - agreed by two committees - take the legislation even further than the European Commission had initially proposed.

Under the anti-money laundering directive (AMLD), these public central registers would list information on the ultimate beneficial owners of a range of legal arrangements, including companies, foundations and trusts.

The inclusion of the full selection of arrangements is crucial, MEPs said. "If we had decided to leave trusts, for example, out of the scope of this new legislation, then it would immediately have made them a perfect vehicle for criminals wishing to avoid taxation or launder their illegal money into the financial system," said Civil Liberties Committee rapporteur Judith Sargentini.

The law is seen as a significant step forward for transparency and will entail a significant process of reviewing existing arrangements. It will impact banks and financial institutions, as well as auditors, lawyers, accountants, notaries, tax advisors, asset managers, trusts and real estate agents.

If the authorities see disguised ownership as being intentional, whether in a member state or in the third country, such activity would be treated as money laundering. The same, warn MEPs, will apply to taking part in or facilitating these activities.

Casinos will be caught up in the legislation’s net, but the MEPs stressed that decisions to exclude other gambling services posing a low risk will be down to member states.

“By approving the establishment of beneficial ownership registers, the committees have shown that they are serious in their demand to finally break with the tradition of hidden company ownership", commented Ms Sargentini.

The proposals were approved by the Economic Affairs and the Justice and Home Affairs committees, and will now face scrutiny by member states later in the year.

AMLD is being supplemented by the Transfer of Funds Regulation, which is designed to improve the traceability of payers and payees and their assets.